What Gauge Wire for Amp?

So, you just got your new amplifier and your subwoofer, and it's time to hook it up and enjoy the bass but you found that there are too many things you need to figure out.

"What gauge wire is right for my amp?"

"What size fuse do I need to use for the inline fuse holder?"

Well, don't Worry! Below we'll make things as clear as possible for you so there's no room for confusion.

First, we can't stress enough how important it is to use the correct wire connections when you're building an aftermarket car audio system. You also don't want to go cheap on your amp wiring kit. Don’t you want to get all the power you paid for?

The right wires ensure that the strongest signal is going to the correct destination, and that a sufficient amount of power is being sent to the receiving audio components.

To put simply, the more power an amplifier needs to operate correctly, the larger its power and ground wiring must be. That's because a 0 gauge wire can accommodate higher demand for electrical current than an 8 gauge power wire.

What gauge power wire to use for power cabling depends mainly on how much wattage your car audio system requires, and on how long the wiring run will be.

As a general rule of thumb, we follow the guidelines below as a quick reference in determining what gauge wire to use.

In order to determine the appropriate wire gauge, first you have to figure out the current draw (in amperes) of your amplifier (or amplifiers). To do that:

The final figure is your car audio system's approximate current draw. Now, compare this number to the numbers in the "Amperes" column in the chart below. Also, take into consideration the distance from your car battery to the amplifier mounting location.

The distance is usually longer in larger vehicles - around 20 feet - if you plan on mounting your amp in the trunk. So, after determining the distance from your car battery to the amplifier, you will find the appropriate gauge wire for your car audio system.

Please note that the smaller the gauge number, the larger the wire. 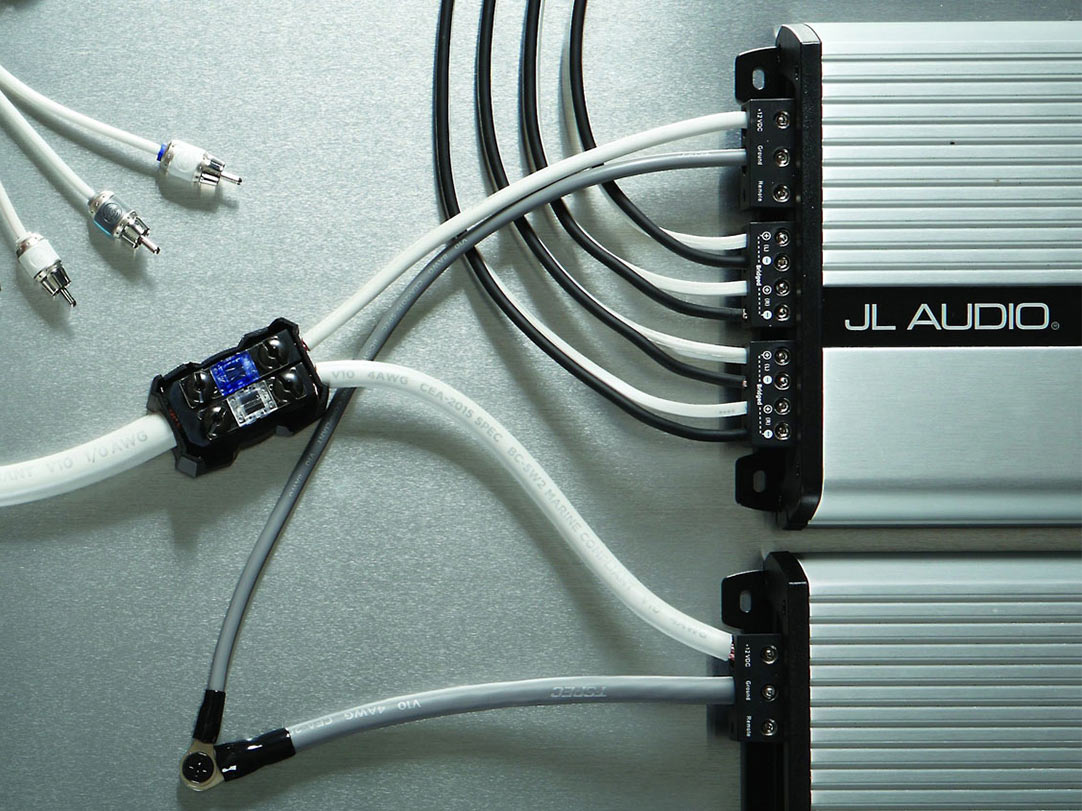 I know that you might have several questions – "Why do we double the grand total power?", – "Why do we divide the outcome by 13.8?", – "Why wire size and length matter?"

Here are the answers, in case you want more details.

Why double your grand total power?

Simply put: because no amplifier is 100% efficient. Typical analog amps are about 50% efficient. What this means is that about 50% of the power it generates is lost as heat while only half of that power is turned into audio output.

In other words, if your amp is putting out 300 watts RMS, it's actually drawing about 600 watts or so of power from its source, that's the reason why the amp's wiring must be big enough to handle that current draw.

If you're amp requires a 2-gauge wire and you only use an 8-gauge wire, you'll get poor performance. This will may result in a significantly shorter service life of the other components (your amp and speakers).

Using a big wire gauge where only a small one is required won't do any harm, however, that kind of overkill would be a waste of money.

What wire gauge to use for speakers?

Speakers wiring also matters. You don't want the signal and power coming out of your amplifier to be impeded on their way to your speakers and subs. For speakers, we usually use 18-, 16-, or 14-gauge wires. For subwoofers, we use 16-, 14-, or 12-gauge wires.

Why should you invest in a quality amplifier power wire?

Car amp wiring kits are one product that really does abide by the rule "you get what you pay for". We've took a closer look on both cheap and expensive car amp wiring and we've found that cheap amplifier wiring has some aluminum mixed in the strands, and it's pretty well-known that aluminum isn't as conductive as copper.

Holding both cheap and quality amp kits in hands, the latter should feel significantly heavier. Simply because oxygen free copper is pretty heavier than aluminum. That's one way to tell which is better.

Bear in mind that if your amp is starving for more power than what cables can sustain, you'll risk clipping the amp, which can lead to distortion and might even blow your speakers. Refer to the chart we included above to determine the right gauge wire for your amp.

Besides using an appropriate gauge wire and ground wire for your car amplifier, you also need to get the right size fuse for your inline fuse holder. 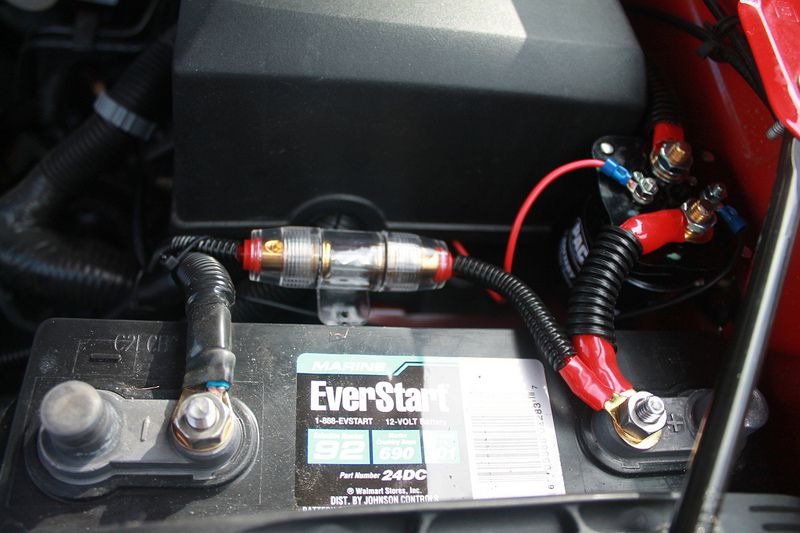 How to choose the right amp inline fuse holder?

Fuse holders play a major role in keeping your components safe. When the power load exceeds the level that these electronic component can support, any electronic device without an inline fuse of some sort will most likely burn up. If use an inline holder, however, the filament inside the fuse will melt down or burn out cutting the current flow to the electronic device it's meant to protect - amp(s) in our case.

So, what's the right size fuse for your inline fuse holder? It's quite easy to figure out which size fuse is right for you. If you have two 40 amp fuses on your amp side, you'd want to have an 80 amp inline fuse on your power wire.

There are various types of inline fuse holders 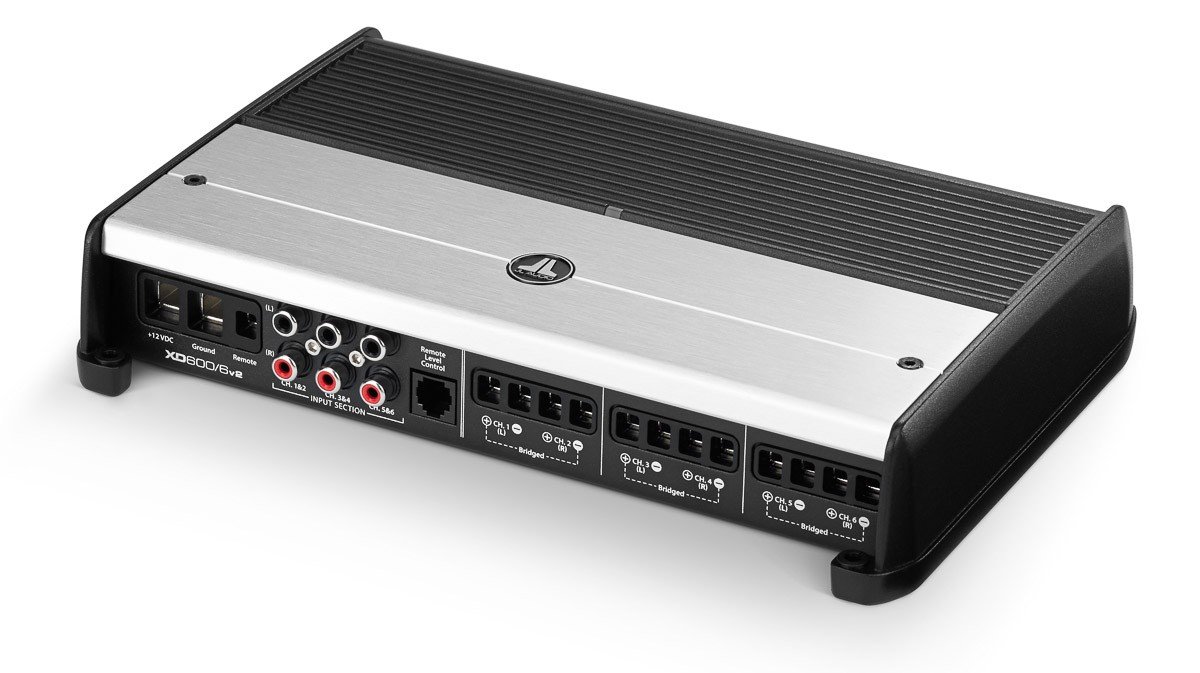 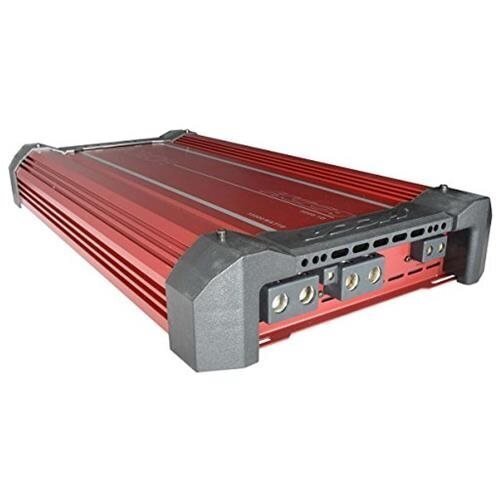 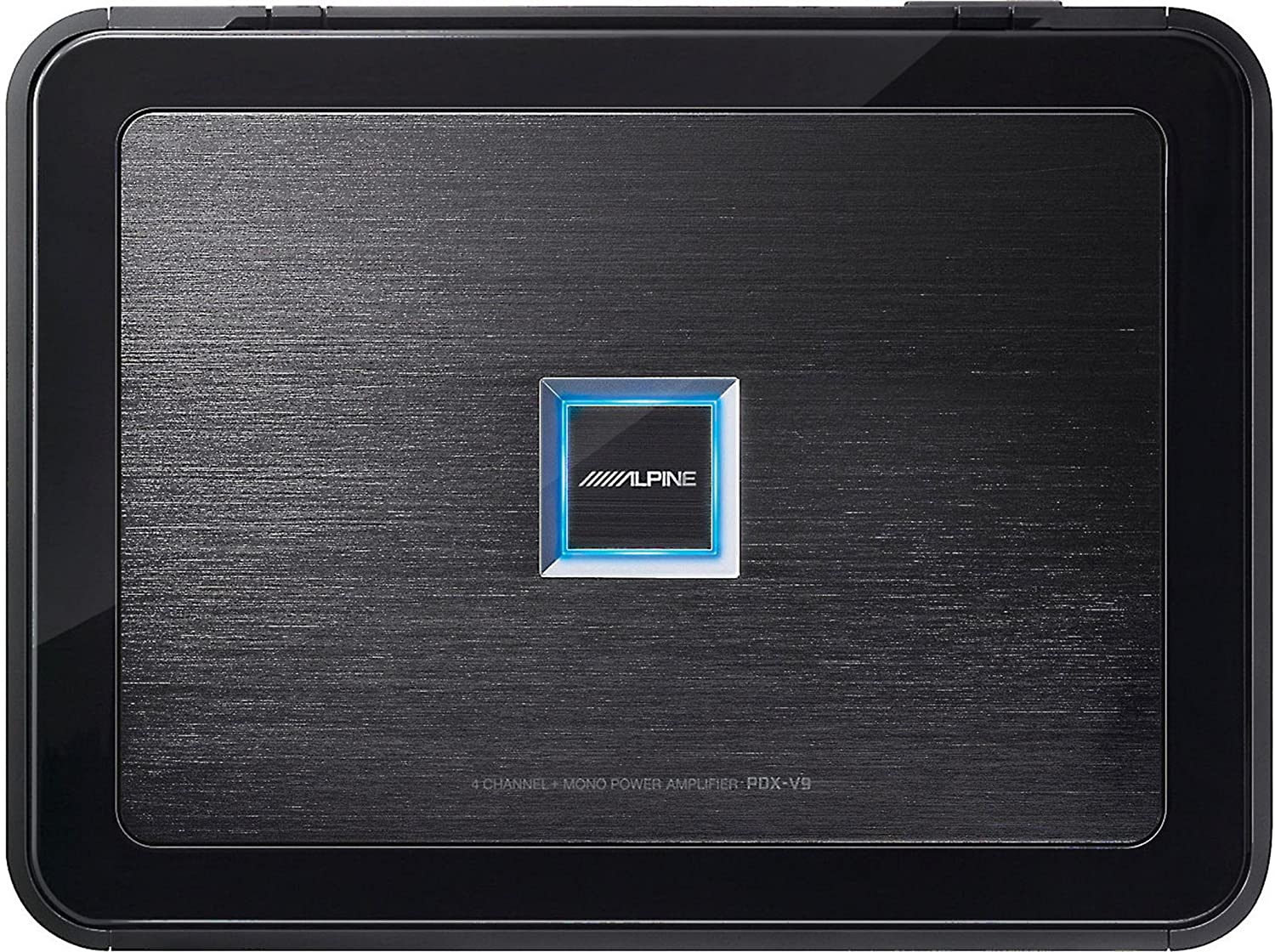