Buying an amplifier for your car audio system can be a daunting task especially if you're new to the industry and have no experience in this field.

So, if you're a newbie, the first thing to do is to read our unrivaled car amplifier buying guide in which we explained in details all the relevant specifications and guidelines of how to choose the best amplifier for your vehicle.

Car amplifiers are definitely part of the picture if you want your music to be loud. Also, because subwoofers require significantly more power than an aftermarket or factory-installed receiver can provide, a separate amp is a necessity. 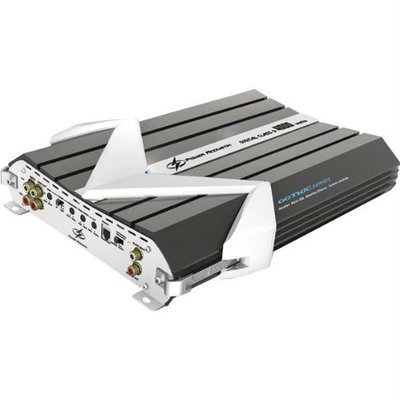 External car amplifiers are categorized by the number of channels. In other terms, the number of speakers they can power simultaneously. There are multi-channel and mono channel amps. For the purpose of this article, we'll be reviewing a few of the best monoblock amps on the market.

So what are the best monoblock amps out there. Let's take a look.

So what are the best monoblock amps out there? Read on to find out. 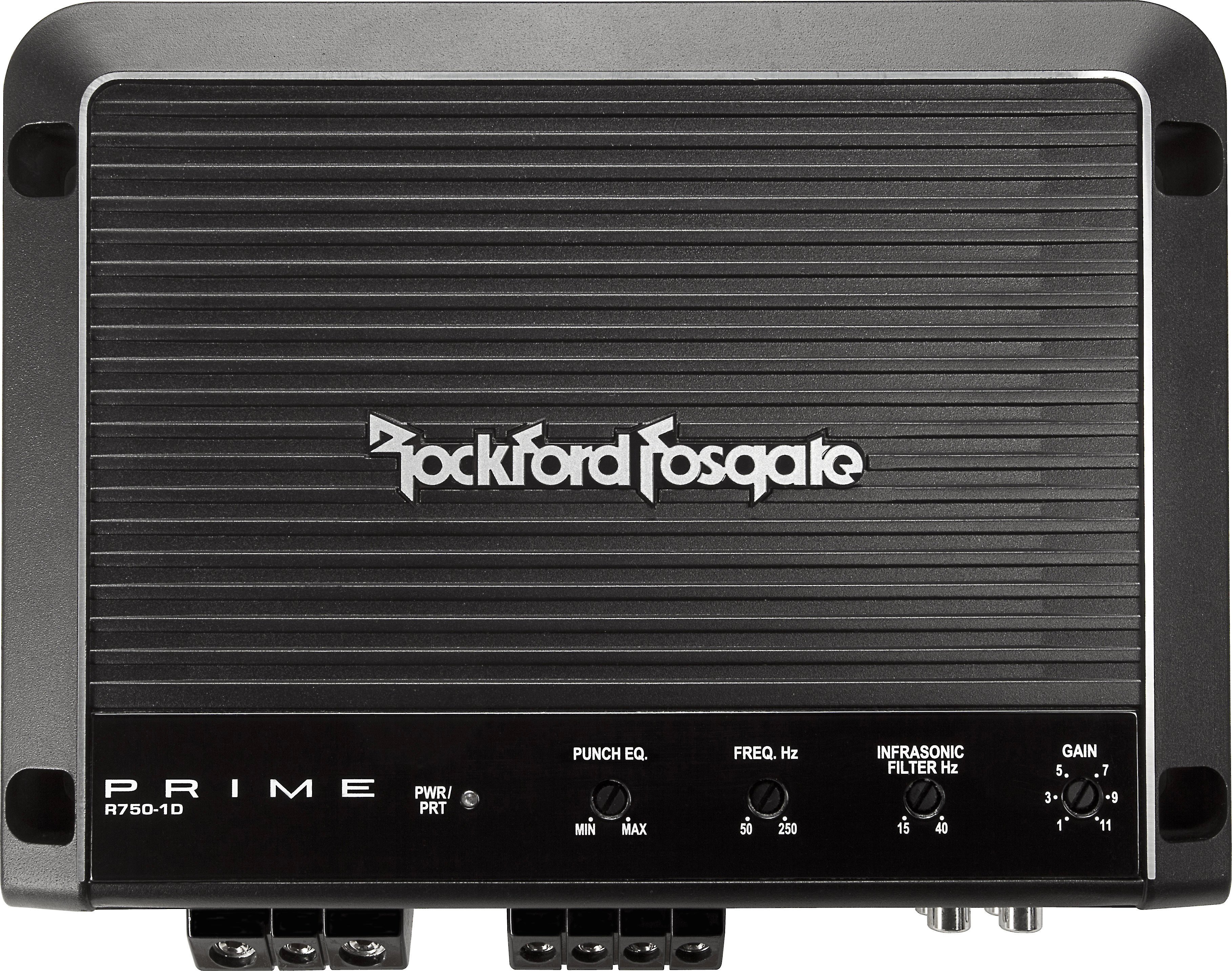 Rockford Fosgate offers a wide range of various car amplifiers. Their amps come in three categories labeled "Prime", "Punch" and "Power". The "Prime" series are RF's entry level amps, while the "Power" series subs are RF's high-end amplifiers. "Punch" series amps are in between. They represent the perfect mix of power and price.

Rockford Fosgate car amplifiers seem to hit the sweet spot for a lot of guys, probably because they are in more of a low-mid price range. RF amps are no joke and are highly recommended to those looking for great quality equipment at an affordable price.

The R750-1D is one of the best mono channel amplifiers that Rockford Fosgate has to offer. This class D amplifier has plenty of power to offer despite its relatively small size.

It can put out 250 watts RMS to a 4-ohm sub, but will crank out more than 750 watts RMS when it's running a 1-ohm subwoofer setup. It's optimized for subwoofers with the implementation of an infrasonic filter to filter out and keep the inaudible ultra-low frequencies from damaging your subwoofers.

Additionally, its low-pass and subsonic filters, along with Rockford Fosgate's famous Punch bass boost, let you tune your subs for maximum performance.

Additionally, its low-pass and subsonic filters, along with Rockford Fosgate's famous Punch bass boost, let you tune your subs for maximum performance.The remote bass level control knob allows you to control and manage your bass level on the go from the driver's seat. 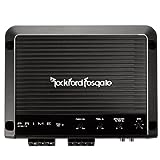 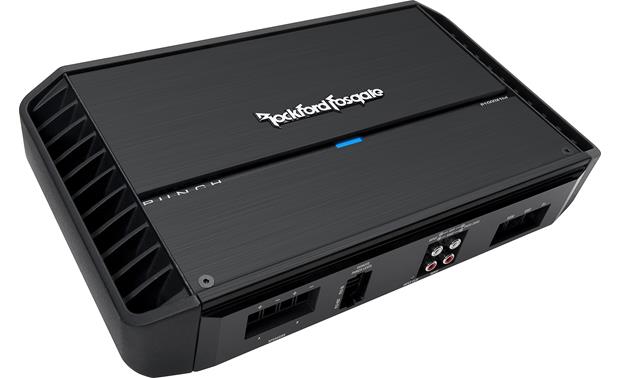 This is another great monoblock amplifier by Rockford fosgate. It's the top performing mono amp in RF's Punch series.

This beast can put out up to 1000 watts at 1 ohm, which is a ton of wattage to power your subs and turn your ride into a rolling thunderstorm of bass that shakes the ground.

Even at 4 ohms, this amplifier can still put out up to 300 watts RMS.

The P1000X1BD mono channel amp comes with a low-pass and subsonic filters. It also comes with Punch bass boost so you can easily add some of that boom into the mix whenever you feel it's needed.

Rockford Fosgate went a step ahead and packed this amplifier with their exclusive C.L.E.A.N. technology (Calibrated Level Eliminates Audible Noise) — which is in its simplest form a LED indicator system that ensures your music sounds as clean and powerful as possible. It works as follows :

If I had to pick some criticisms for this mono channel amplifier it would be the price. It's actually the most expensive pick of the lot by far. However, it's very well-engineered and would a great investment for anyone who's looking for a solid monoblock amplifier with a ton of power output. 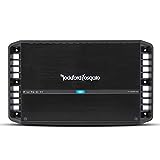 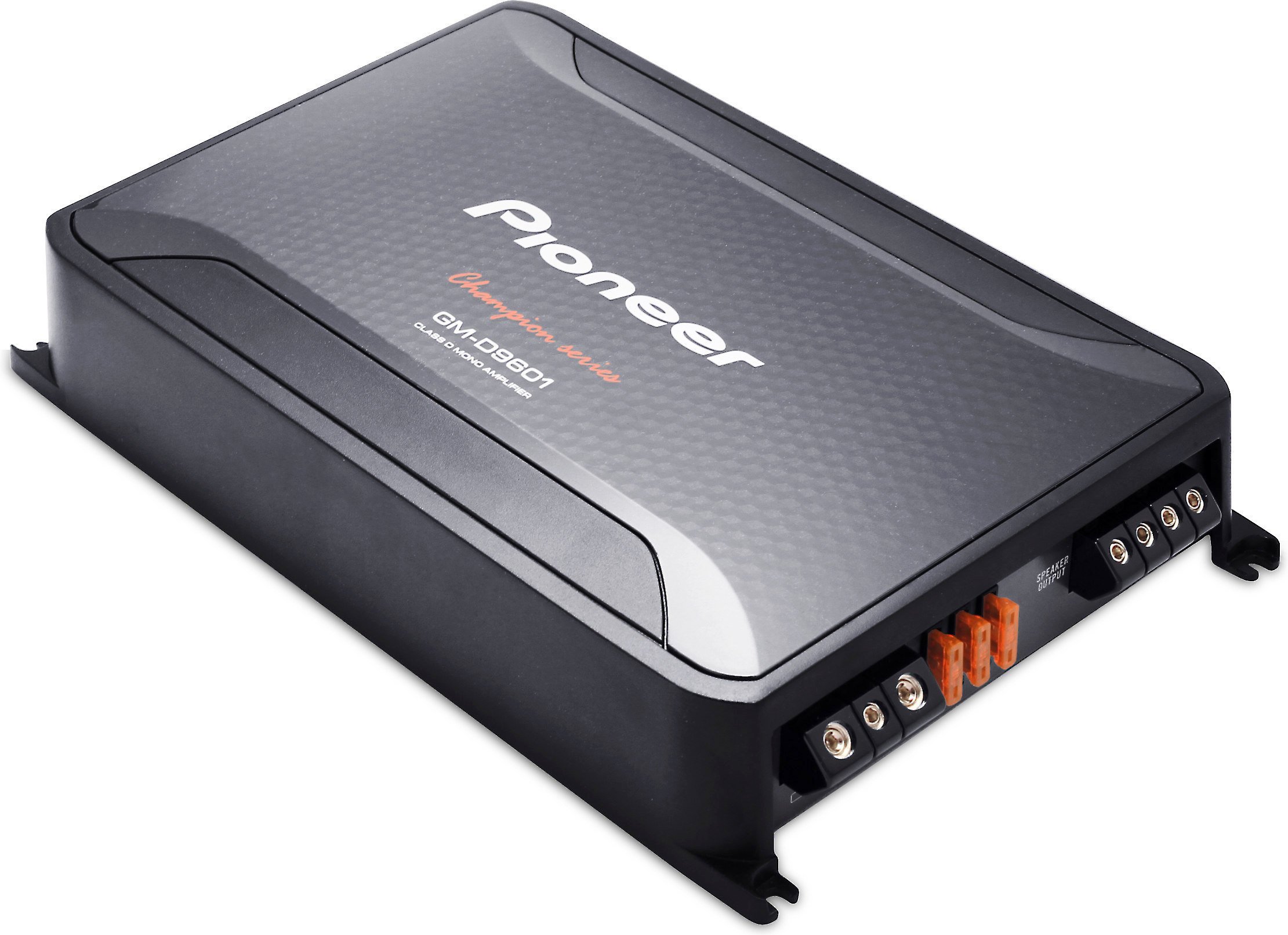 We've reviewed a ton of Pioneer product on this site before, and story hasn't changed. Pioneer makes some of the leading products in the car audio industry.

The GM-D9601 is one of the best mono channel amps that Pioneer has to offer. It can send up to 1200 watts RMS to your subs, which is plenty of power to get you and your car rockin'.

It uses class D technology, which makes it highly efficient both in terms of power and heat dissipation.

This beast can handle a 1-ohm load without breaking a sweat. It comes with an adjustable LPF (low-pass filter) that you can use to fine tune audio frequencies to better match the characteristics of your subwoofer and listening preferences. 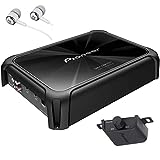 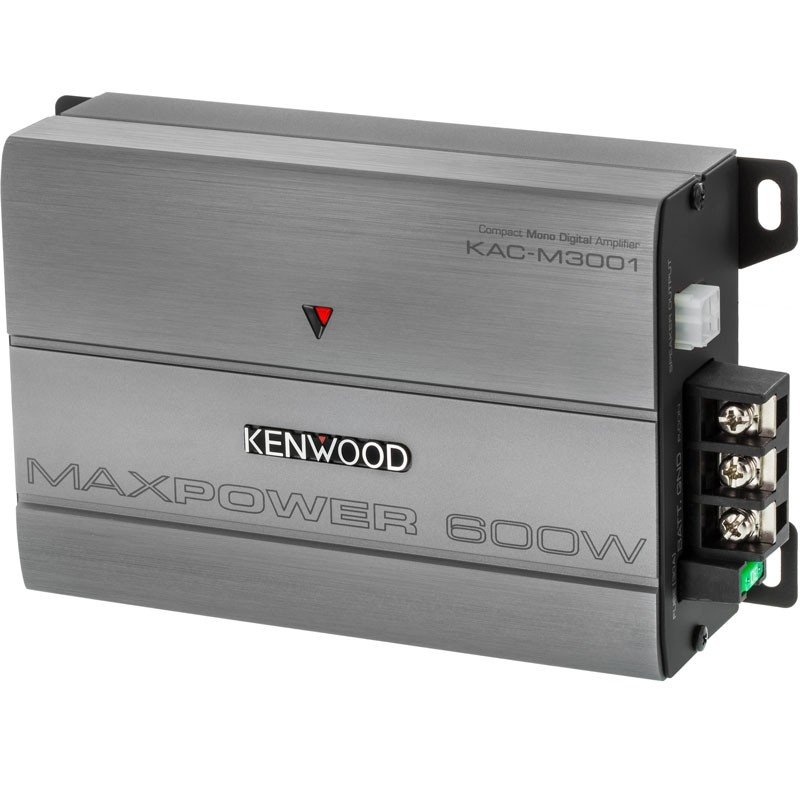 If you don't want neither to sacrifice your available cargo space, nor to shell out hundreds of dollars for a mono channel amp, then the Kenwood KAC-M3001 is for you. It's one of the best monoblock amps under $100.

The Kenwood KAC-M3001 is one of the best, yet reasonably priced compact mono channel amps out there.

This versatile monoblock amplifier can fit even the most limited installation areas. It's designed to withstand harsh outdoor environment, which is makes it a great choice for not only cars, but also for boats, AVTs, and motorcycles. 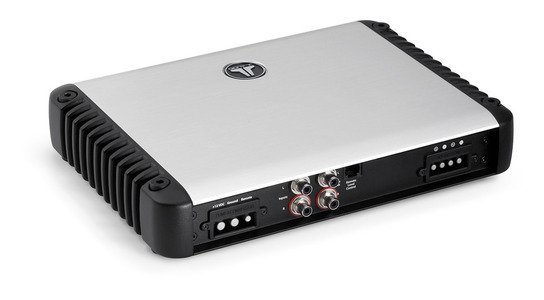 This monoblock amplifier comes from one of the pioneers of the industry which ensures its superior quality and performance.

The JL Audio HD 1200/1 is a beast of an amplifier despite its tiny size. It is capable of putting out a steady 1200 watts RMS from 1.5 Ohms to 4 Ohms; something that it has managed to do due to its intelligent and energy-efficient power supply.

This, along with its Single Cycle Control technology, enables it to minimize distortion and deliver nearly perfect-quality audio.

What’s more is that it features a fully adjustable frequency selection, ranging from 50Hz to 500Hz; something which the optional wired remote can fully control. It features both a variable high-pass filter and a variable low-pass filter, allowing you to fine-tune your audio to your preference.

It features a heavy-duty aluminum alloy heatsink for optimal heat dissipation, preventing it from overheating and allowing it to optimize its performance.

The only downside with the JL Audio HD 1200/1 is that it’s much more expensive compared to the other ones on this list. Nevertheless, despite its higher price tag, its ability to deliver crisp clear sounds with such immense power is why it is part of our top 7 best monoblock amplifier reviews. 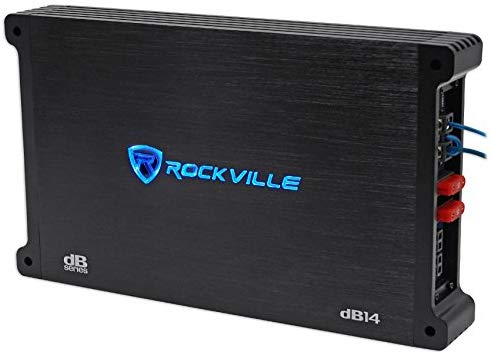 Comparable to the amps made by Rockford Fosgate and Kicker, the Rockville dB14 is designed to be 2-ohm stable-- it’s capable of producing more power without any problems. It has a capacity of putting out 2000 watts RMS at 2 Ohms and 1200 watts RMS at 4 Ohms.

It also features a professional peak limiter circuitry that allows for music playback free from distortion on every level.

Additional features include a protective mode that protects both the subs and amp from overheating, especially when used with an incompatible set-up. While this can be useful, it also requires more mindfulness on the user’s part. 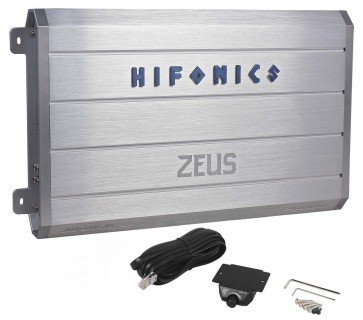 With its capacity to produce a maximum of 2400 watts or 1200 watts RMS at 1 Ohm, the Hifonics ZRX2416.1D is perfect for powering even the most challenging subwoofers. Not only does it deliver power, but it also delivers superior sound quality as well.

In addition, it has a 4-way protection circuitry: thermal, speaker short, DC, and power overload protection.

It also includes a remote bass control, allowing users to change bass levels even while on the go. The combination of its military-grade PCB construction and aluminum alloy heat sink allows for heavy-duty usage. 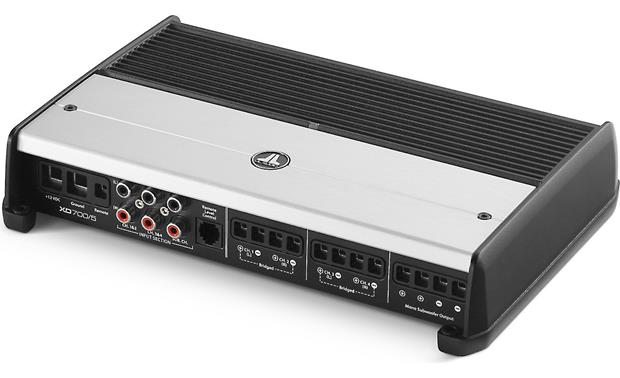 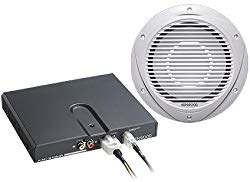