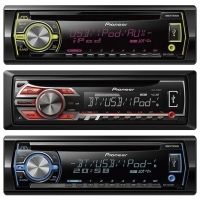 It used to be that finding a cheap car stereo meant compromising on quality, but those days are long gone. Nowadays, you can buy a lot of new car stereo for less than $100. The new car stereo market has exploded with a crop of affordable, well-engineered single and double DIN car stereo that cram as many features as possible under the $100 cutoff.

So, if you’re on a tight-budget, you don’t have to feel left out because there are now so many good new car stereos under $100 that shopping in this particular segment no longer feels like a consolation prize, but rather the chance to get your hands on a solid car stereo fitted with numerous features, and just happens to be affordable. Let’s take a look at 10 of the best car stereos under $100. 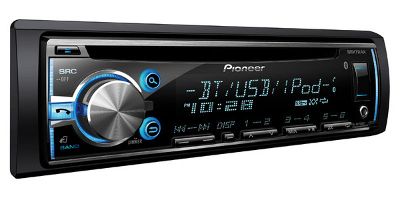 If you frequent any of the popular car audio forums, you’ll notice that the name Pioneer comes up quite a bit. That’s no coincidence. They are one of the most established brands in this industry, and they make some top-notch car stereos.

We’ve reviewed a ton of Pioneer car stereos on this site before. Undoubtedly, Pioneer makes a great product. However, their car stereos – particularly touch screen car stereos – are a bit on the expensive side.

If your budget can’t stretch to a few hundred dollars, you don’t have to feel left out because Pioneer make some of the best car stereos under $100.

The DEH-X6800BT is one of Pioneer’s reasonably-priced car stereos. You can get this head unit for around $100. It’s one of the best car stereos at this price point. This head unit features a futuristic, stylish design and is fitted with various features and functionalities such as Bluetooth, Pandora®, MIXTRAX technology, USB direct control of Apple devices, and USB access to music on Android smartphones.

The DEH-X6800BT features a sleeker, more open and accessible multi-color display that you can customize to blend with your car’s dashboard. It has a dual zone color customization illumination feature, which means you can customize both the color of the text on-screen as well as the color/ button illumination. Additionally, the 10-Level brightness control allows you to adjust the brightness level of your screen. Combine all of that with MIXTRAX, and you get a great-looking head unit that will add a stylish touch to your car’s dashboard.

Founded in 1946, Kenwood is a leading developer and manufacturer of audio and video products for home, car, and personal use. They’ve been in business for a very long time, and they’ve made a name for themselves in the car audio industry.They are one of the three largest selling brands of audio and video entertainment products in the United States and they are recognized by consumers and the consumer electronics industry for providing superior quality, reliability and value.

The KDC-BT265U is one of Kenwood’s best car stereos under $100. This 2016 model comes loaded with a decent set of features including Bluetooth for hands free calling and wireless music streaming from Bluetooth enabled devides, Pandora, iHeart Radio …etc. And if you aren’t the only one who drives your vehicle, you’ll appreciate the dual phone connection which allows you to switch between two phones quickly – no more digging into tedious menus to change phones.

The Kenwood KDC-BT265U uses the familiar and basic single-DIN design and proportions. The unit features a detachable theft deterrent faceplate for enhanced security on which you’ll find a large volume knob, an AUX & USB interface with slide protection cover, a bunch of buttons, and a 13 digit single line LCD display. The Kenwood KDC-BT265U has an internal built-in MOSFET amplifier that outputs a maximum of 50 watts (15 watts RMS) through its four channels.

Sony is a brand we haven’t come across very much. However, they are a recognized contender in the car stereo market, and they offer a wide range of reasonably priced car stereos.

The Sony CDX-G3100UP is one of the best car stereos under $100. It features a stylish and futuristic look. On the unit’s detachable faceplate you’ll find a single-slot CD player, variable color display, bunch of buttons, a large volume knob, and a USB and auxilary input. On the back panel of the receiver, there are 4-channel pre-amp outputs (2-volt front, dual mono sub outs).

This unit has a built-in amplifier that’s capable of outputting 17 watts through its four channels. It comes with various audio features including 5-band equalizer, a low-pass filter and mega bass.

If you’ve ditched CDs in favor of digital formats, then the MVH-X380BT is a great option to consider. This unit is one of the best digital media receivers under $100. It’s one of Pioneer’s latest cd-free units in the MVH line.

The Pioneer MVH-X380BT was designed with smartphone and digital lifestyle in mind. Its CD-free design allows your smartphone and digital media to take center stage. This unit is loaded with various features that will keep you entertained and safely connected such as Bluetooth for hands-free calling and audio streaming, MIXTRAX, Pandora for both Android and iPhone devices, USB direct control of an iPod or iPhone, and USB access to music on Android devices.

All in all, the MVH-X380BT is a very good car stereo for the price, especially if you are not bothered by having a CD player. 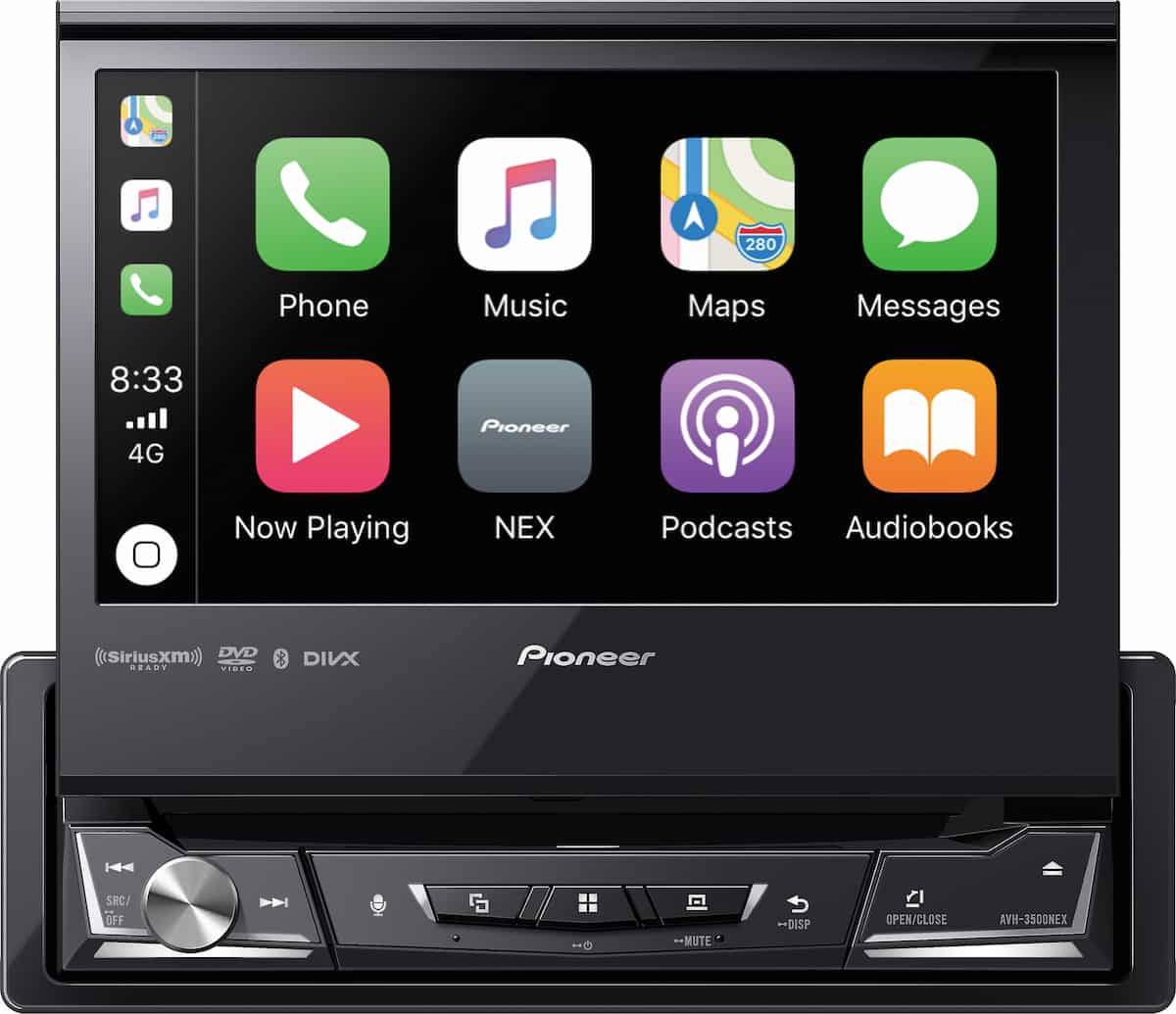